Our team of highly qualified physicians provide perinatal and neonatal services to the people of the Central Valley from Bakersfield to Modesto.
Meet Our Doctors 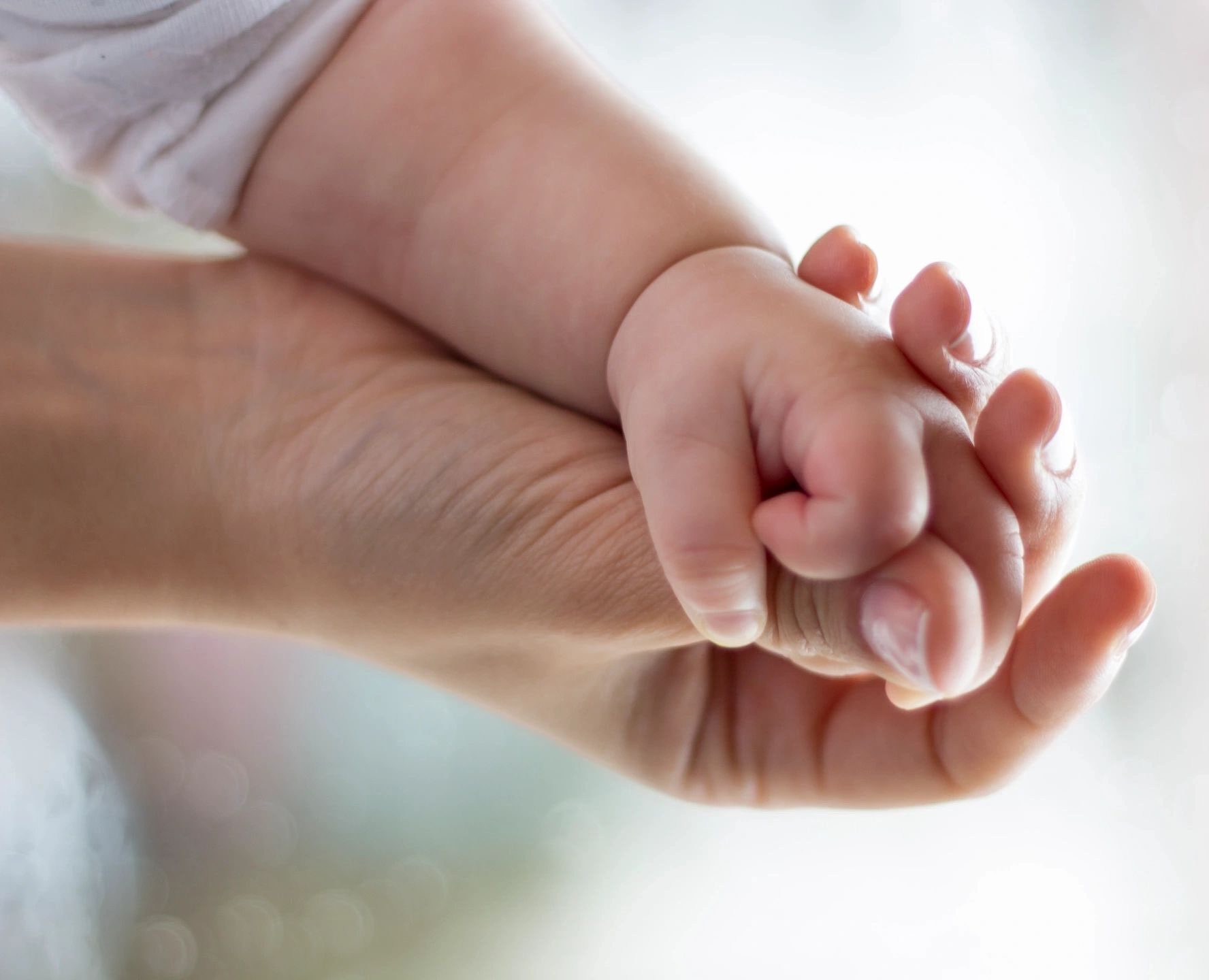 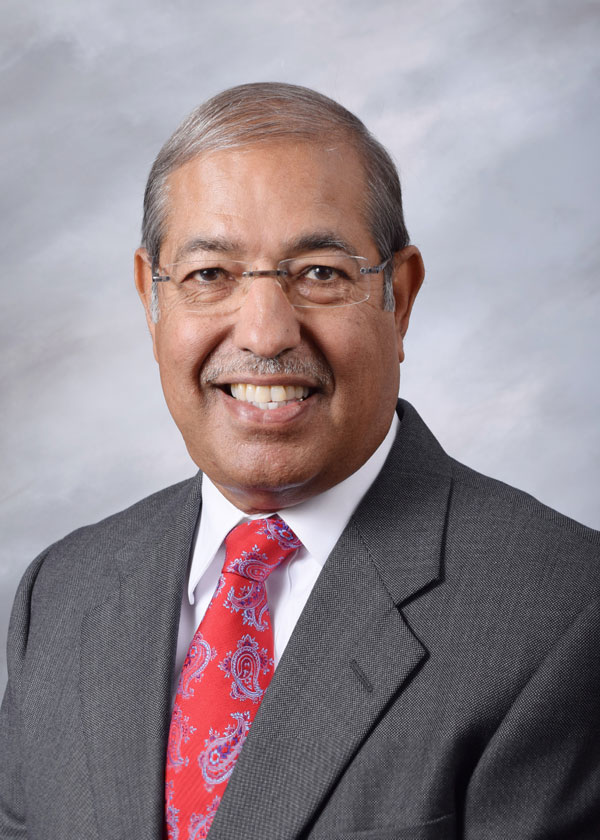 Born to Indian immigrant shopkeepers in East Africa, I was raised in Blantyre, Malawi before being sent to boarding school in present day Zimbabwe. Under the direction of a group of catholic priests known as the Marist Brothers, I became interested in science and pursued my undergraduate studies in London. I quickly grew interested in medicine, and was fortunate to matriculate from the University College Hospital London (University of London, England) from where I rotated through Northwick Park Hospital, well known for its endeavors in medical research. My love affair with pediatrics took hold early, and I continued my training at The Hospital for Sick Children at Great Ormond Street (GOS), the inspiration behind the creation of the Children’s Hospital of Philadelphia (CHOP). As a result of their long-standing relationship, I was invited to spend one year as an exchange resident at CHOP. With my wife and a few belongings, I arrived in the “City of Brotherly Love” on July 4, 1976 – the 200th anniversary of this country’s birth! After a fulfilling experience at CHOP and in America, I decided to re-main in the United States and pursue my fellowship in Neonatology at UC Davis.

One year and 180 miles later, I arrived in Fresno to begin practicing neonatology in 1978. Since then, I have taken an active role in resident teaching through the UCSF Fresno medical program, where I am an associate professor of Pediatrics. I regularly deliver lectures to the residents and find the enrichment of our future pediatricians to be most fulfilling.

Clinically, I spend my time at both Community Regional Medical Center (CRMC) and Clovis Community Medical Center (CCMC). CRMC is the only facility that transports and accepts high-risk mothers in Central California. As a result, there is a very active perinatal program with five perinatologists and over 11,000 deliveries per year be-tween the two hospitals. The result is a very diverse, interesting patient population with many challenging cases.

Since my arrival in Fresno over 30 years ago, I have taken on a number of leadership roles in the medical community. I have served as Chief of Staff, a member of the Board of Trustees, Chief Medical Officer and member of the board of the foundation of Valley Children’s Hospital and a board member of California Association of Neonatologists (CAN). Until recently I was the Medical Director of CRMC’s 84 bed NICU. I have been a member of AAP for 30 years and am an active member of the Fresno-Madera Medical Society. As community service, I have given my time to a number of local organizations including the Board of March of Dimes. I am a currently a member of the California Association of Neonatologists (CAN). I serve on the Board of Central California Blood Bank and am the treasurer of the Hindu Temple of Fresno. I am the Past President of the Allied Medical Outreach and Relief (AMOR). AMOR is a community benefit organization that works strategically with local partners to build healthier communities in are-as of concentrated poverty. Whether it is across the globe or in our own backyard, AMOR increase access to quality, affordable health care and health education. AMOR tailors their approach to the unique culture of the people AMOR is serving. 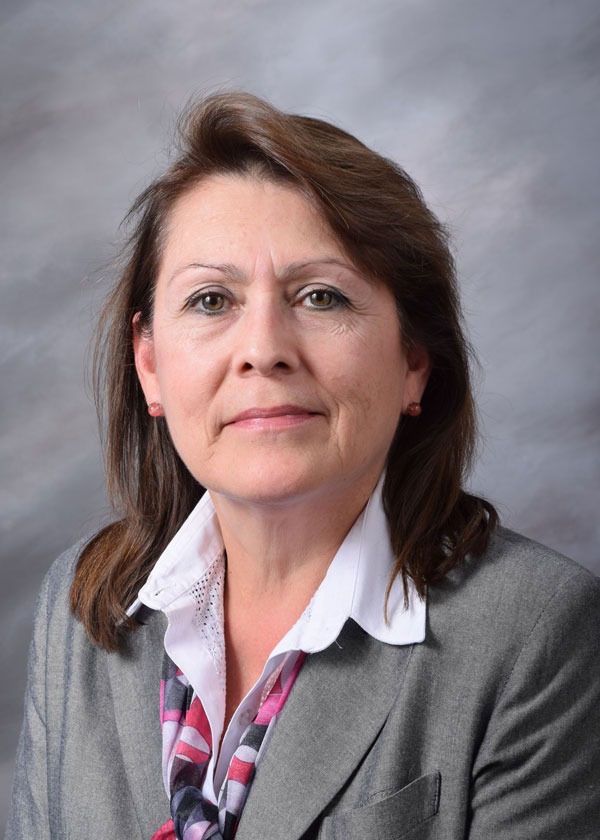 After moving to the United States, she worked at the University of California Los Angeles as a post-graduate researcher at the Department of Pediatrics, Medical Genetics Di-vision, from 1985 to1986.

Dr Escalante was Chamber Delegate Representative of Puerto Rico Medical Association, East District from 2005 to 2006. In 2007, Dr Escalante joined Perinatal Medical Group, Fresno, as Neonatal Hospitalist, she has been taking care of the Level II NICU and well newborn infants.

Dr. Escalante is fluent in both English and Spanish. She prides herself in the ability to communicate well with our Spanish-speaking families here in the Central Valley. 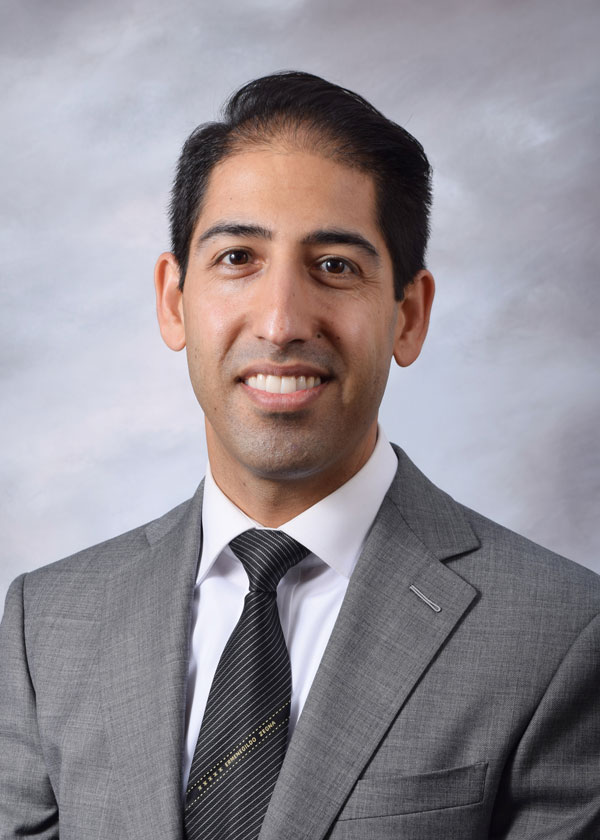 
Dr. Rajani is a Fresno native and was born at Community Regional Medical Center. He attended medical school at Creighton University in Omaha, Nebraska before attending the University of California, San Diego where he completed his residency in Pediatrics. He subsequently matriculated to Stanford University where he completed a fellowship in Neonatal-Perinatal Medicine before joining Perinatal Medical Group in 2011. Dr. Rajani is particularly interested in physiologic signals in the NICU, non-invasive ventilation and medical simulation. Outside of medicine, his hobbies include vintage cars and coffee. 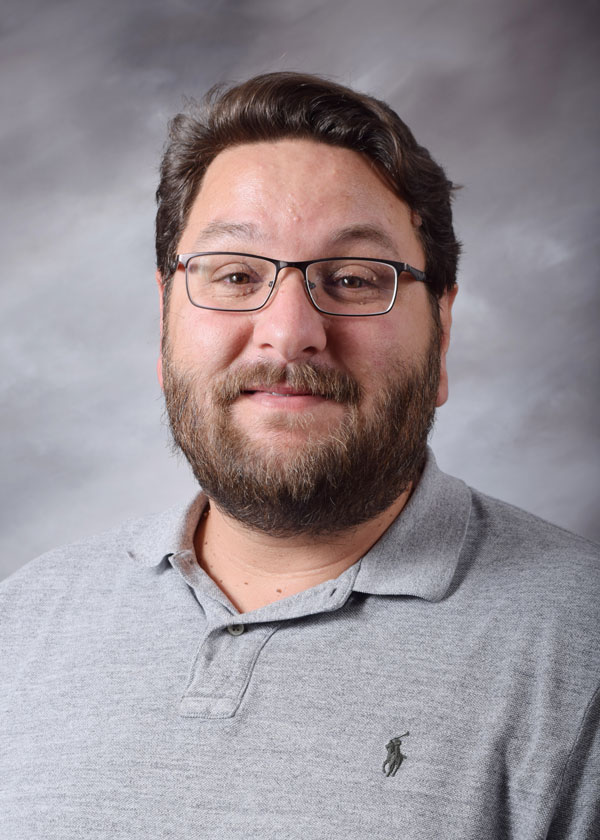 Dr. Aguilar is board certified in Pediatrics and Neonatal-Perinatal Medicine. Dr. Aguilar graduated medical school from Rosiland Frankland / Chicago Medical school in 2003. He joined Perinatal Medical Group in 2006 as a Neonatal Hospitalist following completion of residency at UCSF Fresno Pediatrics. After working as a Neonatal Hospitalist, Dr. Aguilar pursued his dream to become a Neonatologist by completing his fellowship at the University of California, Davis. During his fellowship, Dr. Aguilar studied the effects of complex congenital heart conditions in newborns and their specific nutritional needs. He subsequently published an important article highlighting the growth patterns seen in newborn with congenital heart defects. In 2013 Dr. Aguilar re-joined Perinatal Medical Group as an attending Neonatologist.

When Dr. Aguilar is off, he enjoys family time with his wife and six children. He enjoys day trips to Yosemite and family movie nights, especially if it is a sci-fi or superhero adventure. He enjoys staying active and spending time with his children. 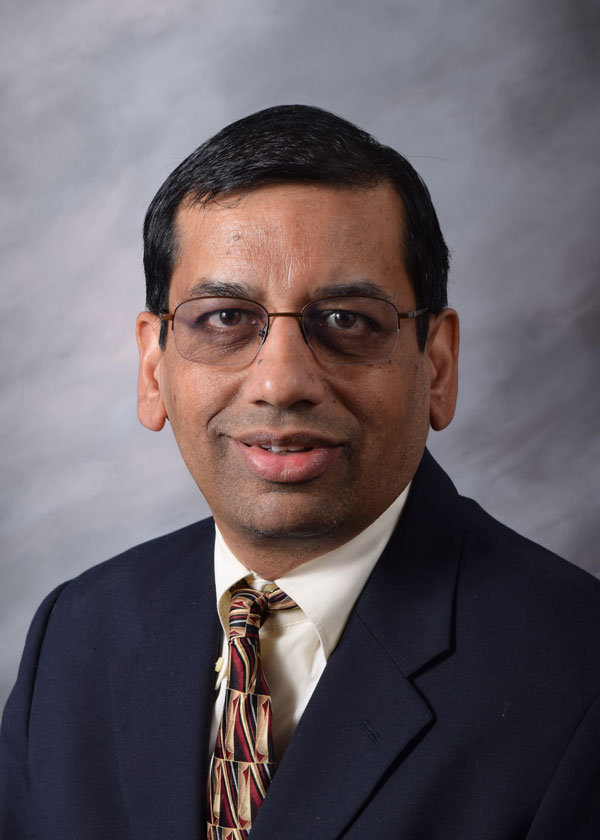 Dr. Kumar is a board certified Pediatrician and Neonatologist. He joined PMG in 20014. He graduated medical school from Darbhanga Medical College, India. He finished his residency training in Pediatrics from Wayne State University, MI and his fellowship training in Neonatology from SUNY, NY. He did extensive study about pulmonary vascular resistance during his fellowship training. Before joining PMG, he worked at Le Bonheur Children’s Hospital, Memphis and St Francis Children’s Hospital, Tulsa. He is interested in optimizing the use of antibiotics in newborn population and improving the newborn growth and development. His wife is a Family Practice physician and he has a son and a daughter. He enjoys family movie and dinner and going for hiking and biking. 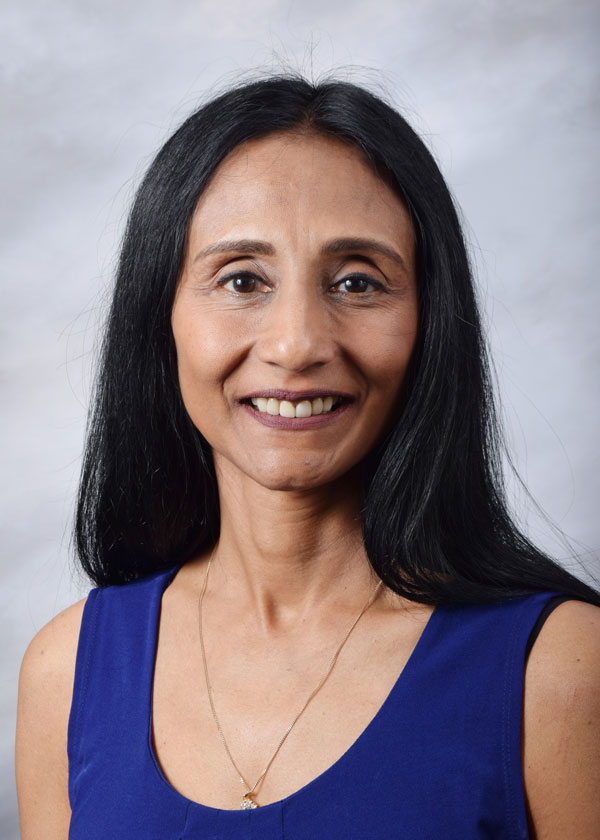 Dr. Thusu is a board certified Pediatrician and Neonatologist. She graduated from Calcutta Medical College, India and went on to complete her residency and fellowship training in Pediatrics and Neonatology at PGIMER in Chandigarh, India and the Children’s Hospital of Buffalo, respectively. She did extensive research on nitric oxide in pulmonary hypertension during fellowship training. Before joining Perinatal Medical Group in 2018, she worked at Valley Children’s Hospital for nearly twenty years. She has a keen interest in improving outcomes of extremely low birth weight babies. 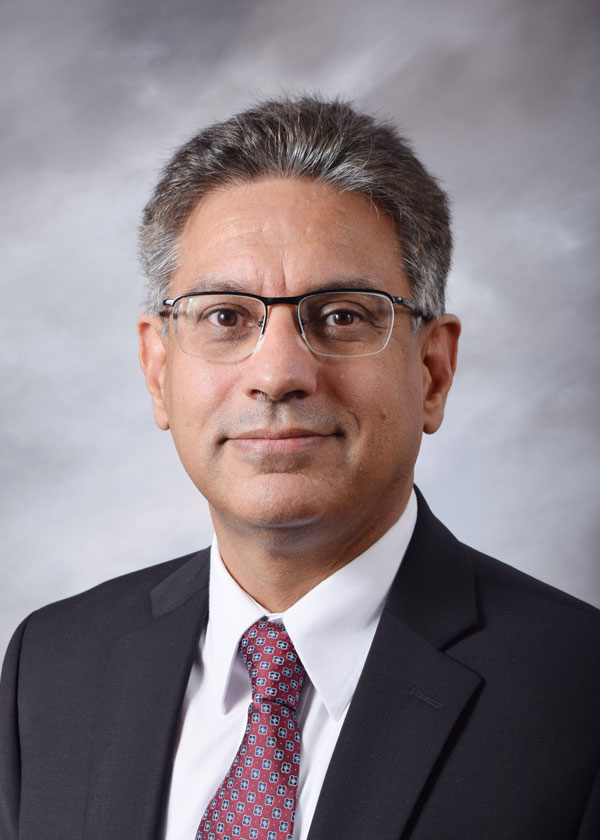 Dr. Singh is an experienced Neonatologist who joined PMG in 2018. He is board certified in Pediatrics and Neonatal-Perinatal Medicine. After completing medical school from Rajasthan University, India, he completed his residency in Pediatrics from St. Peter’s University Hospital, New Jersey and fellowship in Neonatal-Perinatal medicine from Brown University in Rhode Island. He did research in the area of early diagnosis and novel treatment of infection. His areas of expertise include extreme prematurity and Neonatal Abstinence syndrome. He is passionate about learning by teaching, quality improvement and improvement in clinical outcomes. He loves spending time with his family, traveling, cricket and golf.

“Kenneth was born weighing only 1lb 15oz and today he weighs 6lbs 8oz. When I first checked into the hospital, 27 weeks and 3 days pregnant, my worst fears came true. Twenty-six years ago, my mother also delivered a premature baby weighing 1lb 15oz who did not survive. However, Dr. Krishna Rajani came to see me while I was on bed rest and my fears disappeared. I knew my baby would live! The NICU here is amazing and what you do for these babies and families is indescribable. So again I thank all of you from the bottom of my heart. In turn we now instead of bidding you goodbye we say see you later because you will be seeing us again!”

For all general inquiries or non-emergency matters, please call (559) 492-NEO1 and leave a message, we will return your call promptly.

For insurance and/or billing inquiries, please contact Professional Billing & Management Services at (888) 461-7001 or (209) 661-4412. Please mail payments to our corporate address below.